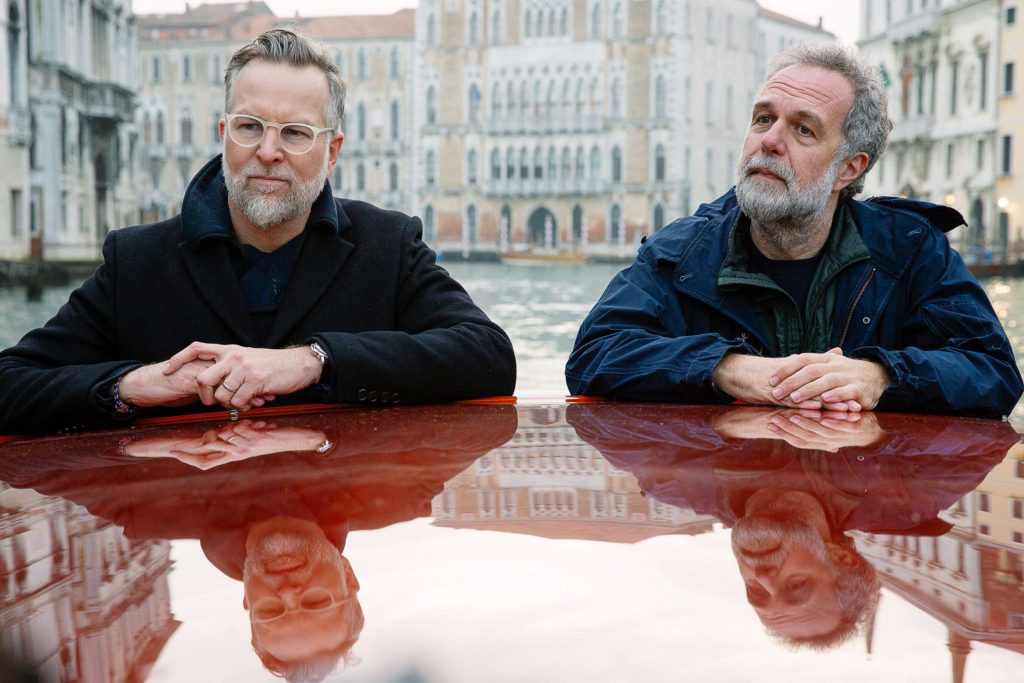 The Voice of
Sound

The Voice of Sound, Agency To be honest, sitting around talking about this, we can’t remember exactly who came up with the original concept for The Voice of Sound. This much is clear: McIntosh sent us an RFP for a 50th anniversary film and we said “put us in, coach.”

Our creative team proceeded to noodle on concepts, marinate on ideas and eventually generate the idea of a cosmic “voice of sound” being channeled through McIntosh speakers.

After McIntosh greenlit the project, though, the magic really hit.

Truly, The Voice of Sound’s script wrote itself. We felt like a lucky antennae catching a big bolt of lightning. The words came out in about ninety seconds. In an entirely irrational way, we knew Bob Weir was going to be the one who read the script.

In a rational way, The Grateful Dead have a long relationship with McIntosh amplifiers. The Dead’s legendary Wall of Sound was created with McIntosh equipment. Since the 70s, Bob Weir has been a brand ambassador for McIntosh and uses their equipment both personally and professionally. That decades-long relationship led to Bob Weir’s involvement with the project. But perhaps the rarest thing about The Voice of Sound--in script, in visuals and sound design--is that the film is 110% true. It articulates the spiritual, aesthetic and philosophical truths we’ve spent a sincere chunk of our lives seeking.

Getting the film to that level of truth fidelity, however, posed a unique challenge. We had to marry visuals, sound design and script into a cohesive, organic whole. We wanted the form to reflect the content.

To this end, we sought to utilize all aspects of sound: not just music, not just voice-over, not just sound effects. Rather, we wanted to combine these different elements to create a complex yet cohesive sonic character.

Visually, we balanced the emotional and the abstract with the archival and historic. The script itself is expressionistic. We wanted to both counterbalance the writing’s abstraction with specific historical details while also amplifying the words with broad, equally impressionistic visuals. Additionally, we wanted to emphasize the visceral emotional resonance that sound has on humanity.

Consider the Big Bang Sequence at 00:20-00:25. The Big Bang is the literal beginning of reality...which is actually mind-boggling. That was the sensation we aimed to distill in this sequence. We sought to represent our intellectual and emotional responses to the concept of “the Big Bang” in a beautiful, chaotic visual representation. Plus, “They call it the big bang for a reason” is one of our favorite lines in the script.

The Grateful Dead/Woodstock sequence at 1:03-1:12 was the most important historical moment to capture in this film. Between Woodstock and the Wall of Sound, Mcintosh cemented its legendary status in American Music history. We’re especially grateful to have had access to archival footage from the 1974 Grateful Dead documentary directed by Jerry Garcia and Leon Gast, and legendary Woodstock photos from Elliot Landy.

Additionally, the film’s final sequence from 1:30-1:53 also serves as a kind of summation of the film’s thesis: “that life is a song/and I am sound.” We see both sound impacting the human experience, and the human experience mirroring the patterns of sound. We sense the distinctions between human and universe, between self and other, collapsing into a deep and musical unity.

Brand-wise, we aim to give McIntosh ownership of “the voice of sound.” If any brand has earned that grand accolade, it truly is McIntosh for their support of cutting edge creativity over the last half-century.

On a deeper level, we aimed to open a positive philosophical window in the audience’s consciousness. Life truly is like a song: a story full of highs and lows and mysterious harmonies. We hope the audience--composed of music lovers of all stripes--will find joy and rich solace in that concept. The Voice of Sound was directed by Sharkey Weinberg, written by Cam Higgins and produced by CONVICTS.

The Voice of Sound, Agency